JOHANNESBURG, South Africa — The pandemic has awakened many societies to the possibilities for progress when people, inspired by noble ideals, come together to address inequities, such as racial divides, economic hardship, access to education and healthcare, and the rights of marginalized populations.

At the same time, the global health crisis has compounded many existing problems, chief among them violence against women, described by the United Nations as the “shadow pandemic.” In South Africa, President Cyril Ramaphosa drew national attention to that issue in an open letter just weeks after the first nationwide lockdown in March 2020.

As part of its efforts to contribute to this national conversation, the Bahá’í Office of External Affairs of South Africa is highlighting the role of the family in promoting gender equality through a series of discussions with government officials, civil society actors, and academics.

“The equality of women and men is not only an ideal to be realized in society, it is a truth about human nature. As members of the human race we all have a shared identity, a soul which has no gender,” said Mlingane Poswayo of the Bahá’í Office of External Affairs at a gathering held last week.

He continued: “The family provides a powerful environment in which consciousness of this truth can be raised and put into action. Therefore, moral education about the equality of women and men from an early age within the family and community is essential.”

Bapaletswe Diphoko, founder of Courageous Act Foundation, emphasized the need for moral education, stating: “There is no universal approach to educating young people about gender equality. We therefore rely on culture and social norms to guide us, some of which are outdated.”

Highlighting the importance of cultural change, Tlale Nathane, an academic and social worker, stated: “In the past, women were referred to as inkosikazi, which is a term of respect (in Zulu), and played an important role in the family and community, in leadership and decision making. However, certain attitudes and practices have emerged that have eroded women’s place in society.”

She continued: “I want to see progress in South African families on the basis of the equality of women and men.”

Reflecting on the discussions, Shemona Moonilal, a member of the Bahá’í National Spiritual Assembly of South Africa, shares a hopeful outlook based on experiences in Bahá’í educational programs. “In these programs, young girls and boys learn together about spiritual qualities and principles which provide them with opportunities, from the earliest years of their lives, to see each other as equals and to foster a culture of collaboration.”

She adds: “The attitudes and perspectives nurtured in these initiatives also develop in them the capacity for service to society. Young women and men learn to consult together, make decisions, and take unified action for the spiritual and material well-being of their communities.

“What we see is that as more young people participate in this process in neighborhoods and localities throughout the country, expressions of the equality of women and men are becoming more pronounced and the spiritual ties that bind families are becoming stronger.”

The Office of External Affairs plans to hold additional discussions on issues such as the role of men and boys in promoting gender equality. 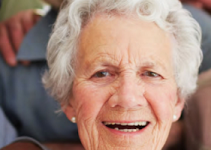 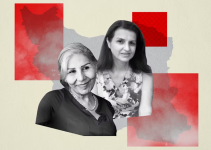