LENAKEL, Vanuatu — Some 3,000 people from across Vanuatu, in some cases as entire villages, gathered in Lenakel on the island of Tanna for the dedication ceremony of the first local Bahá’í House of Worship in the Pacific on Saturday.

The opening program included remarks by Henry Tamashiro whom the Universal House of Justice had named as its representative to the event. Mr. Tamashiro read a letter of the House of Justice addressed to the gathering, which stated: “This sacred edifice shines out as a beacon of light. May it become a centre from which spiritual forces radiate, may it diffuse the illumination of the Lord, and like unto the resplendent rays of dawn, may it brighten the horizon before you.”

In his remarks at the ceremony, Prime Minister Loughman drew on the imagery of the banyan tree, which holds cultural significance in Vanuatu, to describe the temple as a force for unity and peace. “Birds of all kinds, of all colors, come to the banyan tree, eat its fruits, and take shelter under its shade. In the same way, this House of Worship is open to people of all religions, beliefs, and backgrounds. All are welcome to benefit from it.

“I encourage the people of Tanna and Vanuatu, the youth, the chiefs, everyone, to visit the House of Worship,” he said.

These sentiments were echoed by the Mayor of Lenakel, Nakou Samuel: “I want us to prepare ourselves for this House of Worship, which is a place of prayer and service.

“This temple will serve everyone. It will serve you no matter what faith you are from. This is your house. It is a house for Tafea (the province where Tanna is located) and for all of Vanuatu.”

Throughout the program, expressions of hope for the future were interwoven with acknowledgements of the services of past generations. The emergence of the House of Worship was linked in this way to the efforts of the very first Bahá’ís in this land who accepted the Faith in the early 1950s.

Today, over 5,000 people in Tanna are participating in Bahá’í community-building activities, with youth at the forefront.

Serah, a young person from Tanna, stated: “We must render service to our society in a spirit of selflessness and with prayerful devotion. This is the idea that this House of Worship has rooted deeply in our hearts.”

She added: “We’re so encouraged by this dedication ceremony that we’re eager to return to our communities and put these ideas into action.”

The temple, which was recently completed, reflects aspects of Ni-Vanuatu culture and tradition. Nalau Manakel, a member of the Bahá’í National Spiritual Assembly of Vanuatu, stated: “The shape of the House of Worship itself is reminiscent of a volcano, and the nine wings of the roof represent the land and valleys, and the riverbeds that run between them.

“Other elements of the roof also reflect the feather worn by the head chiefs of tribes, and the dancing sticks used by toka dancers, which point to the apex of the temple’s dome as a sign of respect.”

Reflecting on the occasion, Mr. Tamashiro, representative of the Universal House of Justice, expanded on the concept of the House of Worship itself, stating: “Like moths to a flame, we are drawn to this temple.

“It beckons us all to gather and commune with the Source of our being, to draw inspiration, and to contribute to the spiritual and material betterment of our communities.” 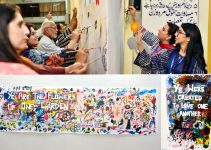 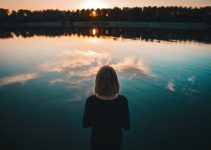 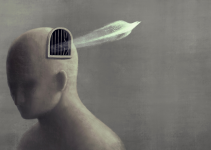