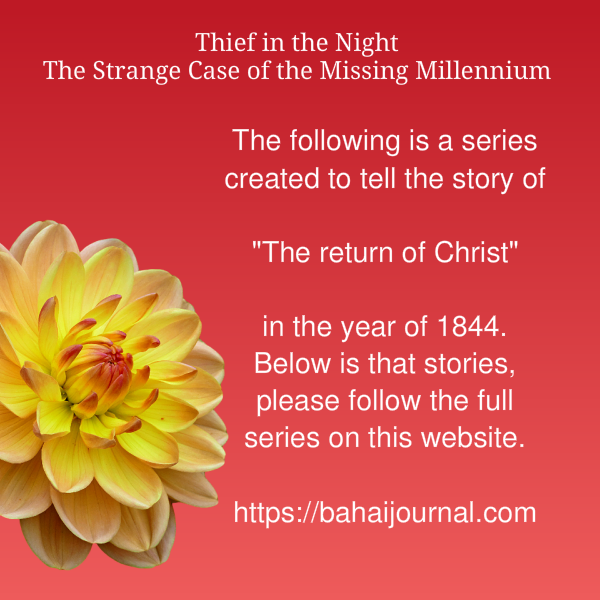 “But the day of the Lord will come as a thief in the night; in which the heavens shall pass away with a great noise, and the elements shall melt with fervent heat, the earth also and the works that are therein shall be burnt up.” II Peter 3:10

The Problem. In the first half of the nineteenth century, there was world- wide and fervent expectation that during the 1840’s the return of Christ would take place. The story made the headlines and even reached the Congress of the United States. From China and the Middle East to Europe and America, men  of conflicting ideas shared in the expectancy. Scoffers were many but the enthusiasm was tremendous, and all agreed on the time. Why? And what  became of the story? Did anything happen or was it all a dream?

The Solution. Patiently, and with exemplary thoroughness, William Sears set out to solve this mystery. In Thief in the Night he presents his fully detailed “conduct of the case” in an easy style which enthuses the reader with the excitement of the chase. The solution to which all the clues lead comes as a tremendous challenge.

This is a mystery story with a difference: the mystery is a real one, and of vital importance to every human being. The author presents the evidence in  The case of the missing millennium in such a way that you can solve it for yourself. 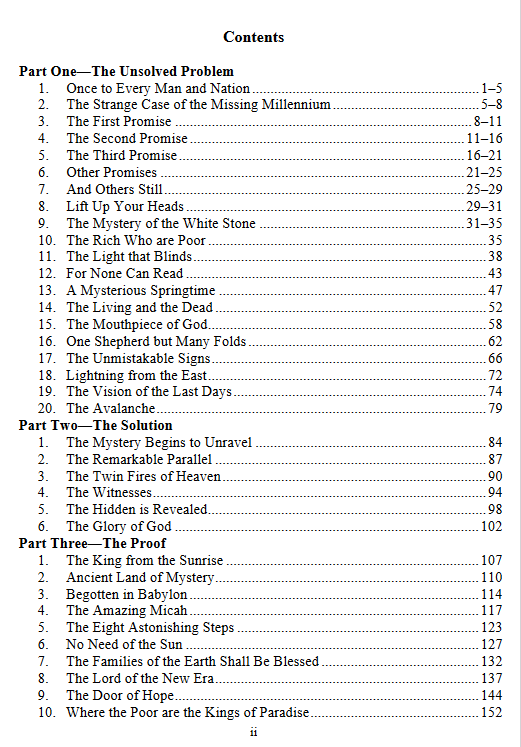 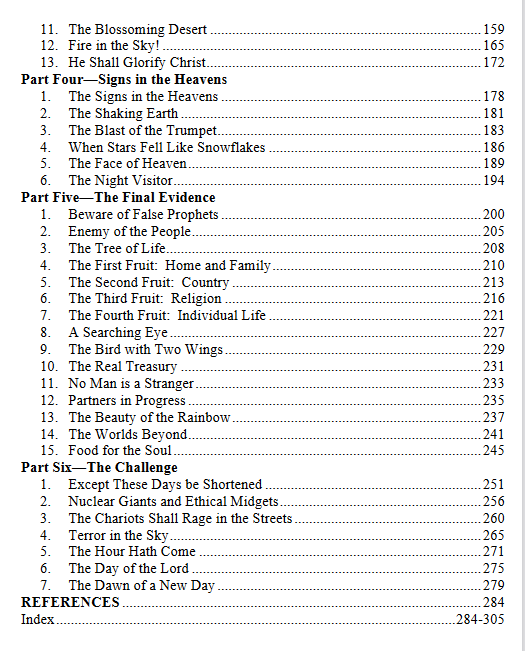 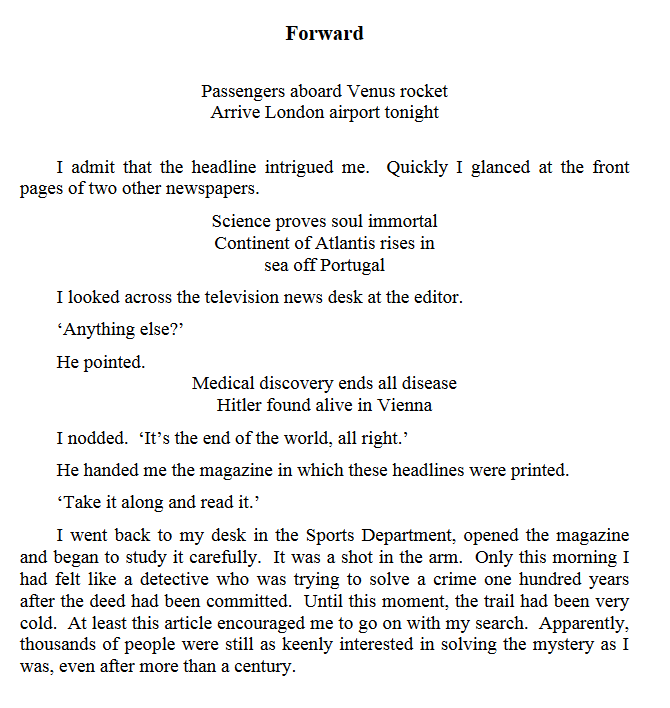 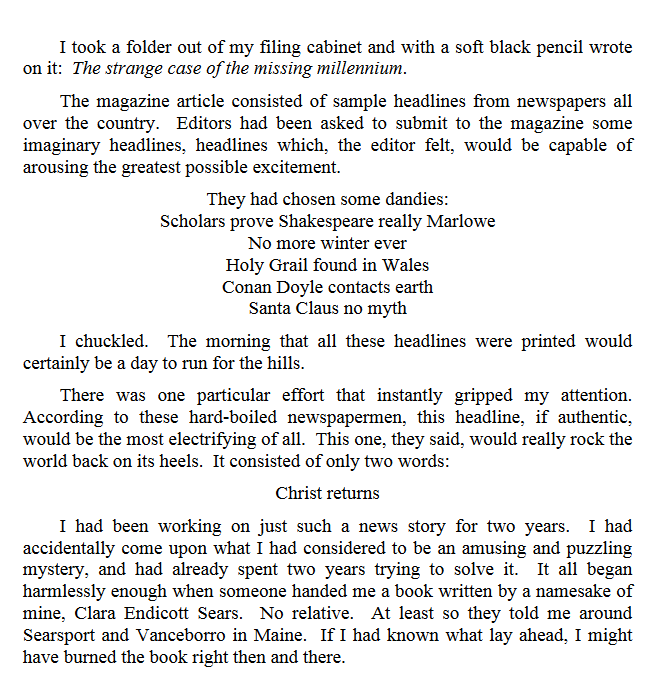 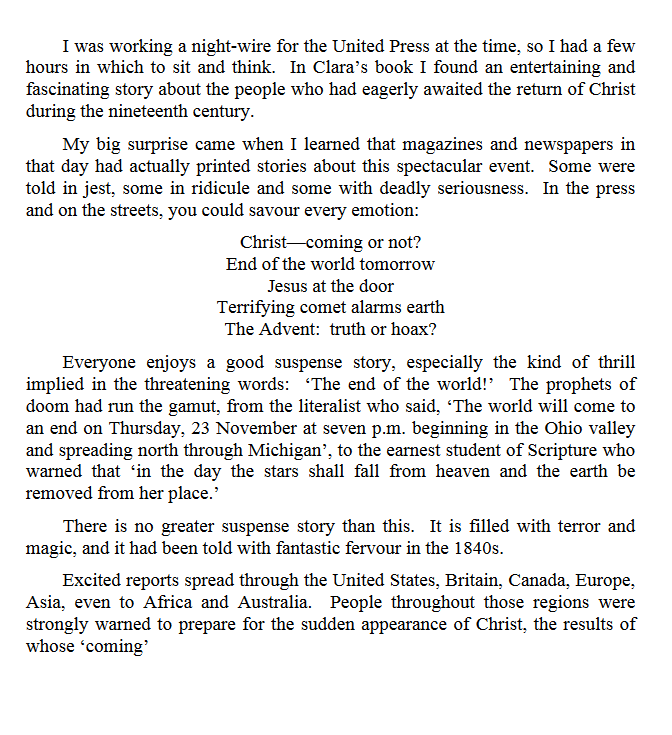 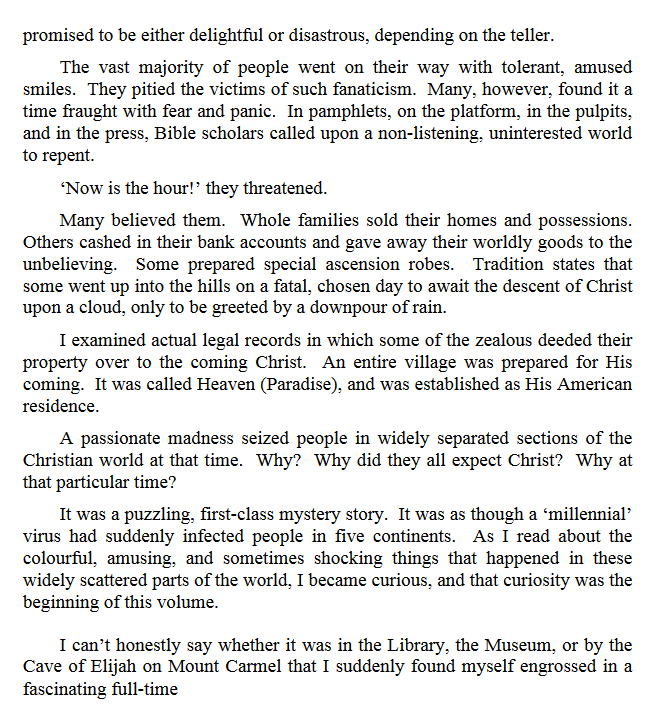 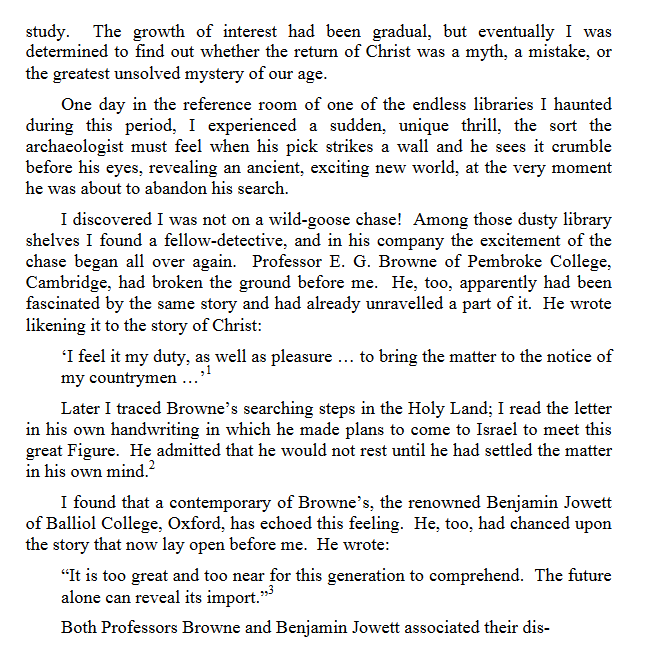 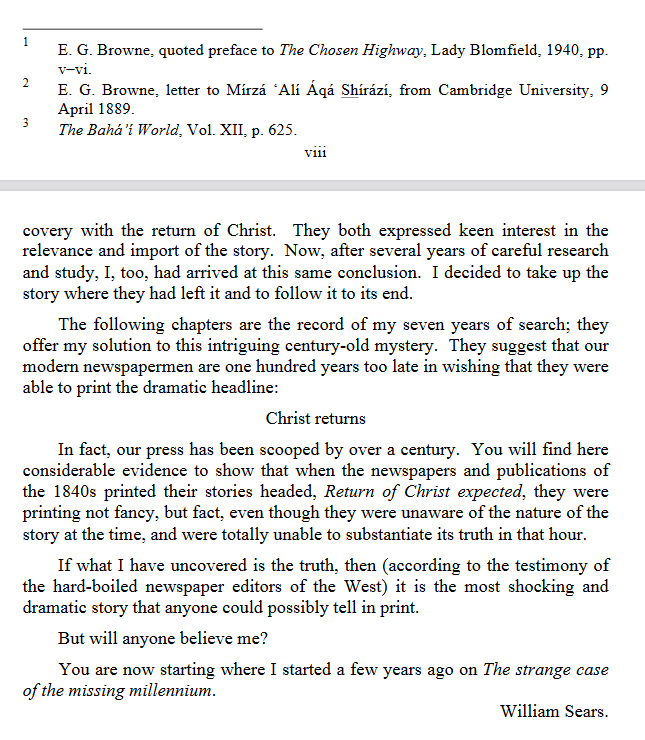 You can view the entire book online by Flip Book here